The regional leg of the event will make its debut in August.

A LOCALLY owned 1969 E Type Jaguar has been chosen as one of the many vehicles which will be vying for a spot in the automotive hall of fame at this year’s Concours d’ Elegance Durban. The regional leg of the event will make its debut in August. The Jaguar is owned by Durban North classic car enthusiast, Charles Wilkins. The classic model will be competing for the title – Best of Show.

“Personal taste and age are the keys to creating a classic and this car epitomises the glamour and excitement of the swinging 60s. The E–type defined its generation. It was everything the 60s stood for and became the car of choice for the international jet-set, super models and rock stars alike,”said Wilkins.

The local vintage car collector who was also a member of the Jaguar Club said his passion to restore classic cars was kindled 20 years ago when he owned a 1969 VW Beetle.

“This is where I learnt the basics and went on to save money to buy a Jaguar Mark 2. Restoring this saloon car grew my desire for vintage classics where I also learnt the benefits of joining a club. This platform allowed for sharing helpful information and assisting each other with challenges,” said Wilkins.

The Jaguar Club is an independent organisation of enthusiasts who own Jaguar vehicles ranging from the classics of the early thirties to the modern Jaguars of the current day. The club originated in 1977 and today comprises hundreds from all over the country.

Wilkins went on to say his passion quickly led him to sports cars where he upgraded to the desired E-Type Jaguar.

“The restoration took just over three years to complete. The process was completely absorbing both physically and intellectually, and my mission to create one of the finest E-type Jaguar’s in South Africa became totally indulgent,” he said.

“As a total perfectionist, I am never completely satisfied and can always see something I could improve on. For me a car will always be work in progress until I immerse myself into a new project, he concluded.
The event will take place on Sunday, August, 12. 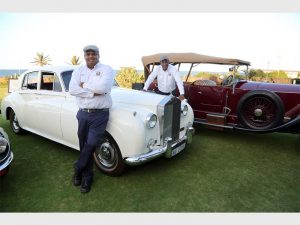 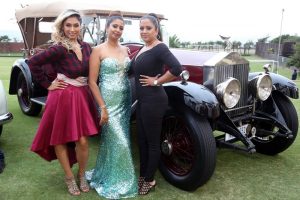